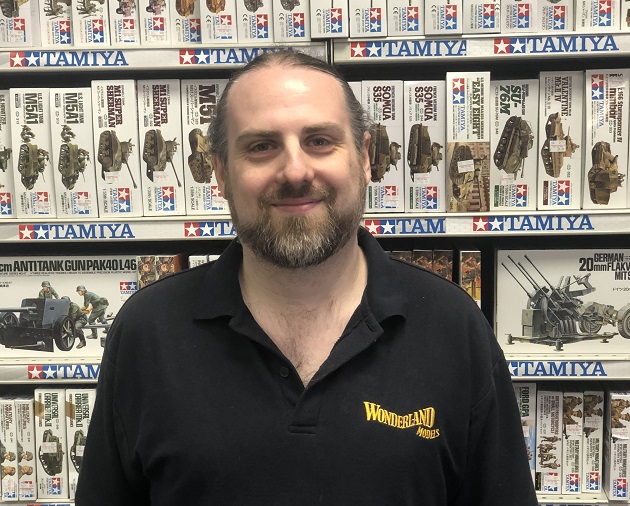 How long have you been with Wonderland Models?

I first started at Wonderland Models back in 2007, shortly after finishing college. I spent a couple of years away from the company before returning, quickly resuming my previous role and feeling like I’d never left.

My main interest is in plastic model kits for ground combat, so figures, tanks, etc. I mostly collect subjects from world war two but have an interest ranging from armies of the ancient world through to the far future of science fiction.

It’s hard to top a nice juicy ribeye steak, unless it's with peppercorn sauce.

The Count of Monte Cristo (2002) starring Jim Caviezel and the great Richard Harris.

The King of Sass himself: Elim Garak from Star Trek Deep Space Nine.

In addition to building plastic model kits, I enjoy playing tabletop wargames and playing PC games. I have also worked on several tabletop and RPG rules systems, including the Focused Firepower WWII game that you can get for free online, which is designed to be used with 1/72 scale models. I am also working on a long-term motorcycle restoration and conversion project.