An Introduction to Models 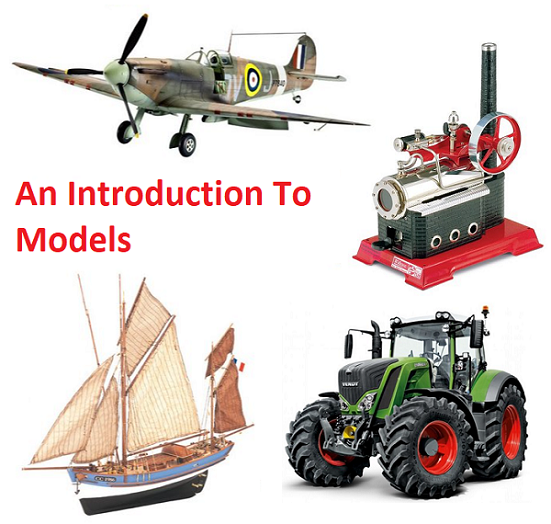 What are plastic model kits?

A plastic model kit is a model made from dense polystyrene plastic that comes in parts that require assembly and painting, and usually include water-slide decals to apply.

The  parts come on a frame called a 'sprue'. Each part is numbered so that you which part to look for as you work through the step-by-step instructions. As they are needed, you will carefully remove each part with a pair of clippers, and tidy them up with a small craft knife and file, before sticking them into place with polystyrene cement. The instructions will also indicate what colour paints to use, and where to place the decals. Once fully assembled you will have an accurate scale model.

Airfix were amongst the very first brands of plastic model kit manufacturers and for a long time were the dominant manufacturer in the UK. Because of this all plastic models kits are often called 'Airfix' by people in the UK. The Airfix brand remains popular, competing with other brands producing quality model kits.

Other popular brands include Tamiya from Japan, Revell from Germany, and Italeri from Italy, amongst many others.

What are diecast models?

A diecast model is a pre-made, pre-painted model vehicle made primarily of metal with plastic parts. Diecast models range from small toy cars for children to play with up to highly-detailed accurate recreations of real-life vehicles for collectors. Diecast models cover a wide range of subjects and include cars, tractors and other farm machinery, trucks, buses and more.

What are wooden models?

Wooden model kits are similar to plastic model kits in that they come in parts that require assemble and often requiring painting. Techniques for building wooden models are different from those of plastic models. While plastic models are created by assembling pre-cast parts, with wooden models you build a frame that you then apply wooden strips to, or canvas in the case of aircraft models, to create the shape of the model. You will then add extra elements such as masts, sails, rigging, and deck fittings. With the canvas on wooden aircraft you would apply a cellulose dope to tighten and harden the canvas, just like on real-life wooden aircraft, before applying paint. We stock wooden ship models from Billing Boats and Artesania Latina, and balsa wood aircraft models from Guillow's.

Matchstick models are models that use matchsticks as your construction material. Generally matchstick model kits will include printed card sheets that act as a template, but the more advanced kits may only provide instructions to follow. You can also get bags of matchsticks and come up with creations of you own imagination.

We also keep the Bravo Delta range of pre-made wooden aircraft models. These are hand-carved and meticulously hand-painted in the UK.

What are live steam models?